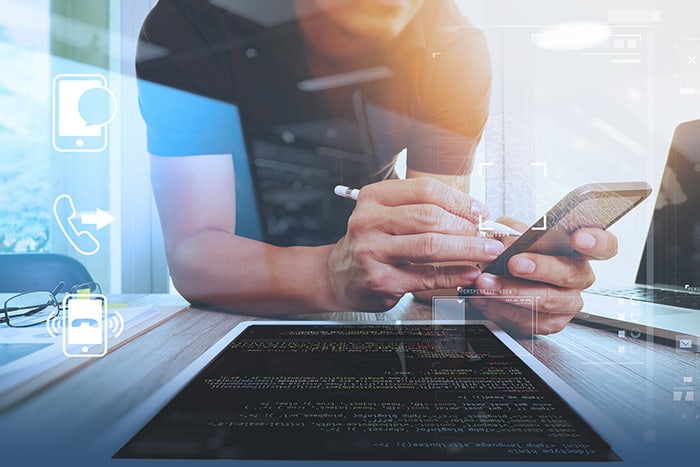 Want to know how powerful Web Real-Time Communications (WebRTC) can be for an app or browser client? Here are 8 great applications built using WebRTC that are currently being used by millions around the globe.

Let’s look at 8 powerful applications built using WebRTC and how they work.

Since 2011, Google has been using Web Real-Time Communications and has developed multiple communication apps for personal and business use. These apps include: Google Hangouts, Google Meet, and Google Duo.

Google Hangouts was the first to offer voice and video calls as well as online messaging and SMS. Google Meet developed as an extension to Google Hangouts as a premium video conferencing tool. It supports more users as well as speech-to-text transcription. Google launched the video calling app, Duo, in 2016 for Android and iOS users. Its use of WebRTC has led to peer-to-peer connectivity and end-to-end encryption, making it secure and reliable.

Facebook’s mobile app and web client (accessible through a web browser) are both powered by WebRTC. By using Web Real-Time Communications, Messenger has brought voice and video calls to its users, and more recently, allows for co-broadcasting via Facebook Live. Additionally, Facebook has also incorporated WebRTC in VR Chat for video calls in Oculus, Workplace by Facebook, and IG Live Video Chat.

Started as a simple messaging service, WhatsApp has grown into a global messaging platform connecting users from around the globe quickly. WhatsApp’s Android and iOS apps heavily use WebRTC as well as utilize SIP calling for fast and reliable virtual communication.

Since its inception, users can now send voice notes as well as make voice and video calls over the internet. Additionally, more recently, WhatsApp became web-accessible through its web client web.whatsapp. Users log into web browsers and use a QR code to access their messages through the browser.

Amazon, like the many apps and services it has offered over the years, also has a video conferencing tool called Chime. Chime is an internal video conferencing tool that uses Web Real-Time Communications in its services including Kinesis Video Streams, and Alexa’s smart home integration (cameras and doorbells). It seems that these applications have integrated WebRTC with existing communication technology such as VoIP and SIP systems.

Houseparty, the app of 2020, is a group video chat that became popular during Covid-19 lockdowns. The pandemic led to social distancing and a desperate desire for social interactions. As such, people started to look for online services that would help connect them with their loved ones. Enter: Houseparty. Using WebRTC, Houseparty provides real-time group communication and peer-to-peer video chat. Even though the rise of this company can be attributed to the pandemic, its services and popularity are here to stay.

GoToMeeting had used various VoIP technology and WebRTC functions in their web client video conferencing. Most of their customers and users have largely utilized the desktop client (non-WebRTC). However, growing popularity with the easy-to-use web client is drawing more users to use the browser tool.

Originally developed for the online gaming community, Discord combines Web Real-Time Communications and VoIP to bring voice calls and in-app messaging to its users. Discord’s engineering blog details how they have used WebRTC to serve more than two million users concurrently. They have over 87 million registered users and about 14 million active users daily.

A social media favorite, Snapchat is an app used by millions among the younger generation. Originally a platform for sharing ‘snaps’ of everyday life, the app now also boasts a video chat feature. This feature comes after Snapchat acquired AddLive, a WebRTC company that provided voice and video chat to the app.

What Can You Do with WebRTC?

As you can see, companies have used Web Real-Time Communication to develop stronger apps and browser clients. And as a result, they have made communication across boundaries quicker and more reliable. Your business can also improve its overall communication system and provide customers with better communication with these applications. To learn more, speak with our experts today! 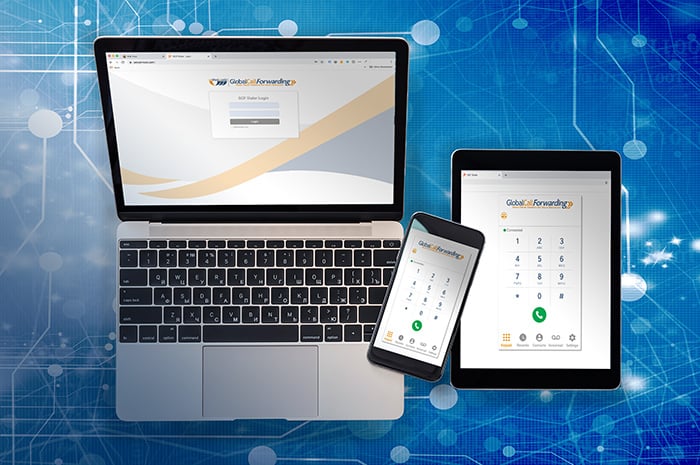 WebRTC is a communication program that enables real-time and effective communication on different devices. And by doing so, it gives users — individuals and businesses — the tools they need for high-quality voice and video calling.

WebRTC or Web Real-Time Communication is a free, open-source project for web browsers and web phone apps. More specifically, it is an HTML5 specification that adds real-time communication to browsers by working inside web pages.

In other words, this program provides browsers and apps with RTC through APIs making audio and video communication possible without the need for plugins. And since 2011, this project has grown popular with video calling as an excellent and desirable addition.

You can get Web Real-Time Communication for most modern browsers including Chrome, Mozilla Firefox, Safari, and Microsoft Edge.

How Does WebRTC Work?

Before the age of Web Real-Time Communication, creators needed C/C++ to build programs for voice and video calling. This meant long development cycles and higher costs. However, WebRTC replaces C/C++ with an API which can be used from inside a browser. This resulted in the cost-effective and easy development and integration of unified communications in real-time.

The purpose of Web Real-Time Communication is to make live, real-time interactions possible. With WebRTC, users gain access to various devices or parts of your device. For example, you can access and use your laptop, phone, or computer’s microphone, camera, etc. Furthermore, you can even capture or record the screen and share your screen remotely.

Web Real-Time Communication is used widely because of the many benefits of such a feature. Here is a list of the top reasons to use WebRTC for unified communications:

Web Real-Time Communication enables users to access voice and video calling from any device, thereby, making business communication easy and accessible. To learn more, speak with one of our experts today!