Your browser does not support JavaScript!
Are you working remotely and need options to stay connected? We are here to help. [ Learn More ]
Skip to content
Home » History » The History of Toll Free Numbers 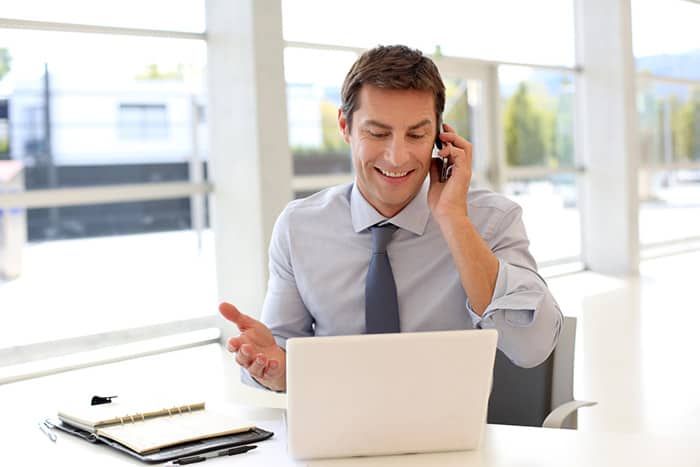 Toll free telephone numbers are used as a tool for businesses to incur the charges that would normally be charged to the customer trying to reach them. It is important for businesses to offer easy ways for their customers to contact them. Companies who provide free and simple ways to communicate with their customers become successful because they are able to establish brand loyalty.

Brand loyalty is created through the building of a relationship and trust with their customers, which can only be done through communication. But what is the history behind toll free phone numbers?

In 1967, AT&T decided it was time to reduce the number of collect calls and allow their phone operators a much-needed break. They called it “automatic collect calling” and we know it as toll free numbers today. Right away, automatic collect calling grew in popularity in specific industries such as car rental companies and hotels since they took many phone calls a day for reservations.

The first call center was created, and its job was to host 800 numbers for a variety of companies. The first call center did not last and eventually went out of business. However, businesses still wanted to keep their toll free phone numbers. The need for companies to have their own 800 numbers prompted them to create their own independent call centers, all located in Omaha, Nebraska. It was the easiest place to start a call center because AT&T had an office there and would set up call centers in just one day. Whereas in other parts of the US it could take up to several weeks. Because of the quick turnaround time and huge congregation of call centers, the town earned the nickname, “Res City.”

The business model still wasn’t perfect, though. The reason so many businesses were choosing the same spot was that companies needed two 800 numbers; one for in-state and one for out-of-state calls. Everything that was out of state would be rerouted to AT&T, and because AT&T was right there in Omaha, it was able to handle the barrage of out-of-state-calls.

The Introduction of Customizable 800 Numbers

Luckily, by 1981, AT&T updated their system. New technology allowed AT&T to sort all calls through to a “central clearinghouse.” Along with these technological upgrades came the ability to offer customized 800 numbers, which was the beginning of vanity numbers. However, vanity numbers were not yet affordable to all companies because toll free numbers were under one monopoly. The FCC stepped in in 1984 and broke up the monopoly. Since regional companies had access to the technology, the companies were then able to offer competitive rates. Vanity numbers began to take off in popularity because they were affordable. Furthermore, businesses had the opportunity to switch telephone providers without having to go through an expensive and drawn out process because a law instated in 1994 guaranteed phone number portability.

After 1994, vanity and toll free numbers weren’t just fashionable, they became a critical business staple. It was the smartest choice for any company that wanted to operate on a national level to have one phone number to satisfy all of their clients throughout the US. Soon the demand for these 800 numbers outweighed the supply, and new toll free numbers had to be introduced. These new prefixes include 855, 866, 877, and 888.

After the introduction of cell phones and the internet, the need for toll free numbers abated from its original fast rise in popularity. Today, the toll free number has changed from a business staple into a sign of professionalism and trust in a business. That does not mean that toll free numbers have not kept up with the changes in technology, however. Now 800 numbers can be routed directly to personal cell phones as well as call centers. It has taken over 50 years, but now home-based businesses, sole proprietorships, and small start-ups can afford toll free phone numbers which are the mark of professionalism, previously only a luxury available to the largest corporations.