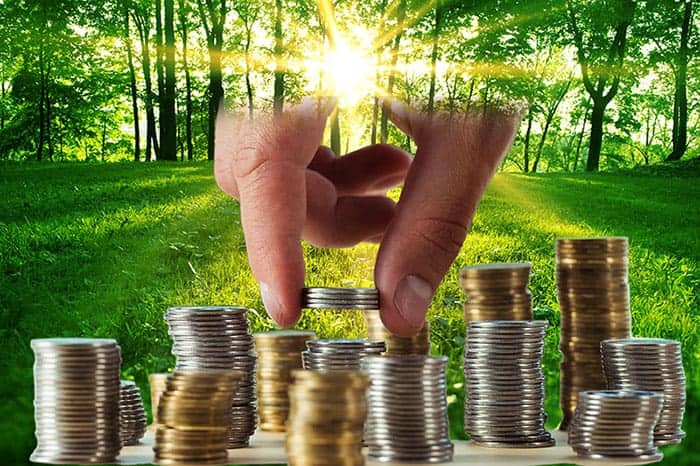 In November 2018, the current U.S. administration published a significant report detailing the advance of climate change. The news was bad and it also came with a price tag. The report detailed the damage that is being observed and the financial losses that are projected. In summary, the outcome is a result of what humans have constructed and are still constructing, which is not best suited for the world the way it is. As time goes on, the cost to live in this world could increase by hundreds of billions of dollars per year. The links between the economy and the environment are clearly shown.

In recent years, thousands of Americans have died as a result of extreme weather events tied to climate change. This has included hurricanes, which have been fueled by very warm seas to other extremes, such as drought. Senator Sheldon Whitehouse of Rhode Island said, “This report shows how climate change will affect every single one of our communities. The president says outrageous things like climate change is a hoax engineered by the Chinese and raking forests will prevent catastrophic wildfires, but serious consequences like collapsing coastal housing prices and trillions of dollars in stranded fossil fuel assets await us if we don’t act.”

Climate Change May Prove to be Financially Crippling

The United States National Climate assessments since 2000 have focused on showing the links between the economy and the environment and how much Americans stand to lose to climate change. The costs that are discussed include household expenses, the availability and price of food, energy, and other goods that people use on a daily basis in modern society.

These effects extend beyond the US. The report states, “The impacts of climate change, variability, and extreme events outside the United States are affecting and are virtually certain to increasingly affect U.S. trade and economy, including import and export prices and businesses with overseas operations and supply chains.” The report also states, “Now it’s seen much more as a societal or economic issue than a narrow environmental one.” And that is what it takes for many to gather the full scope of an issue… a clear, eye-opening breakdown of how something will affect them, the economy, and society as a whole.

A section of the report analyzes the estimates of economic loss across the U.S. economy by sector. This section points to the fact that policy, as well as technological and behavioral changes that result in significantly lowering emissions, can cut the potential financial damage across many of these sectors by approximately 50 percent.

Even in a best-case situation, Americans will still have to pay tens of billions of dollars more per year to deal with the acceleration of climate change.

In Pennsylvania, aging bridges may not fare well against more extreme storms, and water and wastewater systems need almost $30 billion in investment. In general, about 90 percent of the northeast is built on infrastructure poorly suited to adjust to rising seas. “Projected future costs are estimated to continue along a steep upward trend relative to what is being experienced today,” the report states. More than 60 percent of big southeastern cities see heat-wave trends above the national average, and three of them, Birmingham, Ala., New Orleans and Raleigh, N.C., are exceeding the rest of the country across all major heat-wave measures. Anchored by California’s clean-tech economy, the Southwest is seeing much of the nation’s new energy investment. Legacy power technologies, such as water-cooled power plants, will continue to work for decades, however, and will be less effective as temperatures make cooling sources too hot. Hot water could reduce efficiency of these power plants by 15 percent by 2050. In the Midwest, a major producer of corn and soybeans, increased temperatures, rainfall and humidity have eroded soil and allowed harmful pests and pathogens to thrive, according to the report. Rising growing-season temperatures in the region are projected to be the largest single factor contributing to declines of U.S. agriculture production.

Related: Learn How to Go Green with Cloud Communications

If the Environment Collapses, so Will the Economy

There are growing threats to supply chains, global trade, and the price of goods. Other international issues include humanitarian aid, national security, and what the report refers to as “transboundary resources,” which include water, fish, and minerals co-managed by neighboring countries. The link between the economy and the environment is clear and must be addressed immediately.

Though adaptation efforts are currently being put into effect at various levels across the nation, they are often minimal in comparison with the challenges we face. Acknowledging the connection between the economy and the environment and addressing the full range of climate change will require substantial change in business practices and procedures across all organizations and sectors. It also requires substantial change on the part of individuals, laws, and capital investment. The goal is not to adapt to a new normal that will essentially remain the same, but to prepare lives and infrastructure with a forward-looking mindset that takes into account the “now” and the “what’s to come.”