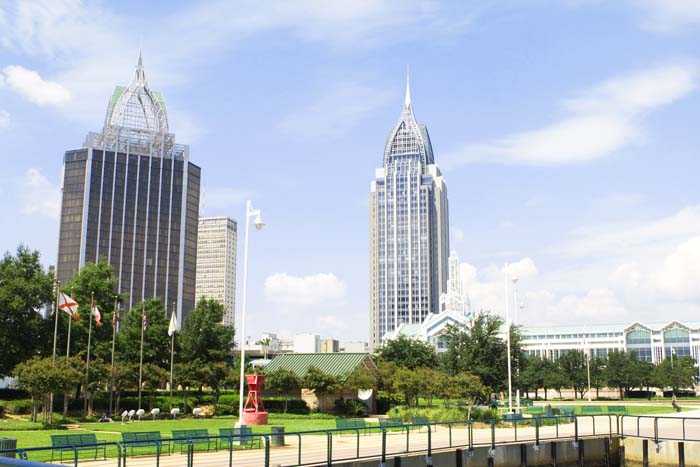 If you do any business over the phone, you know how important it is to grow an audience base. So, if you’re thinking of expanding your customer reach to southwest Alabama, you may need a local 251 area code phone number to help. By calling from a local number, you can put your business ahead of others by gaining trust. And providing a better chance for you or your agents to start a business relationship. But, before you get your Alabama phone number, it may be best to learn about this region of the country first. This way, you can understand the customers you plan to reach. And, can better service their needs once you have a phone number to call them with.

Area code 251 is mostly known for servicing the second most populated county in Alabama, Mobile. But, it is the main and only area code for the southwestern corner of the entire state. So, it actually services parts of 9 different Alabama counties. As far as size, it doesn’t compare to the other area codes of this state. But, this is because it services such a large county of Alabama in Mobile. However, 26 different cities claim the 251 area code besides Mobile. It’s just that Mobile’s large population takes up most of the available numbers for this area code.

The 251 area code wasn’t made possible until 2001, when it was split from another area code, 334. The areas that 341 services were growing too dense. This region covers the entire southeast corner of the state and the area directly above the region the 251 serves now. Thus, the 341 area code was running out of numbers to service the people who live in the location. So, to compensate, area code 251 was created and designated to its current spot and residents. However, back in 2001, locals in the area didn’t want to lose their phone numbers for business purposes. Thus, the 341 area code was available for use in the region up until January 7, 2002. This day was the last day for residents in the area to switch to the 251 area code.

Details About this Area Code’s Location

The 251 area code spans across a geographical area that is 8,084.96 square miles in size. And, it services a residential population of over 790,223 individuals. The time zone of this area and all of Alabama is Central Daylight Time. This means this location shares the same time as Tennessee, Nebraska, Kansas, and the Dakotas.

While the 251 area code is home to many cities, its largest is Mobile. This historical landmark of a city has a population of over 189,572. Part of why Mobile is so popular and holds so much rich history is because it is a port town. And, that it’s Alabama’s only saltwater port in the entire state. This means that it’s responsible for much of the trade Alabama has brought in over the years. Plus, it explains the importance of this location in history. For example, it was the setting for trade between French colonists and Native Americans.

US News describes Mobile as a “mini New Orleans,” as it is a small port town with a lot of culture. As such, people who live there can benefit from beautiful historical buildings, views of the ocean, and exquisite traditions. Plus, while it’s a continuously growing city as far as population, the cost of living continues to remain below the national average. This means it may be easier for people in this area to purchase homes and live comfortably without having to sacrifice small-town feel or metropolitan living.

Cons of This Area

While there is much to do in Mobile, living in other areas of the 251 area code region might seem pretty small-town and rural. Additionally, people living in Mobile explain that, while diverse, the population divides. For example, they share differences in terms of political stances, social stances, and religious practices. This can make establishing relationships more difficult as far as business goes.

Doing Business in This Part of Alabama

Now that you know more about the area that the 251 area code services, you are better prepared to call people living in Mobile and the surrounding counties of Alabama. But, first, you’ll need a 251 area code phone number to make your reach more effective. Here at United World Telecom, we provide vanity phone numbers for businesses looking to expand their consumer base to outside locations. To learn more about getting your own virtual Alabama phone number, contact us now.